This website will remain for historical purposes, but it is deprecated.

BlazeItFgt is the latest action-packed video game for the TempleOS 64-Bit Operating System.

Attack enemy fortresses, blast through their walls, turrets and guards to destroy the core

Collect God Words by harvesting the entropy of your slain enemies!

Escape once you've completed your mission

How to Play (for heathens)

If you choose to install TempleOS you will be getting the canonical final release (1a1ec79) modified to 60FPS and BlazeItFgt added to the /Home directory. You can use this as a starting point to create your own TempleOS video games.

Configure as "Other 64bit", remove soundcard, networking. Give at least 512MB of RAM, BlazeItFgt will use up to 4 cores, at least 2 is highly encouraged.

-drive can be added to include a drive file

Don't bother, the game will probably chug as super low framerate. No Sound.

The TempleOS community must stop using Leddit, Discord and other suppressive and proprietary platforms. One must ask themselves, "would they have banned Terry?".
60FPS should be the standard for TempleOS gamedevs. 30 Frames Per Second has never been declared divine, was never a historical standard. The Commodore 64 ran at 60Hz.
VMware must add a TempleOS preset to the new VM selection wizard including TempleOS icon
TempleOS-tan to be drawn as an equal among the rest of the OS-tan universe 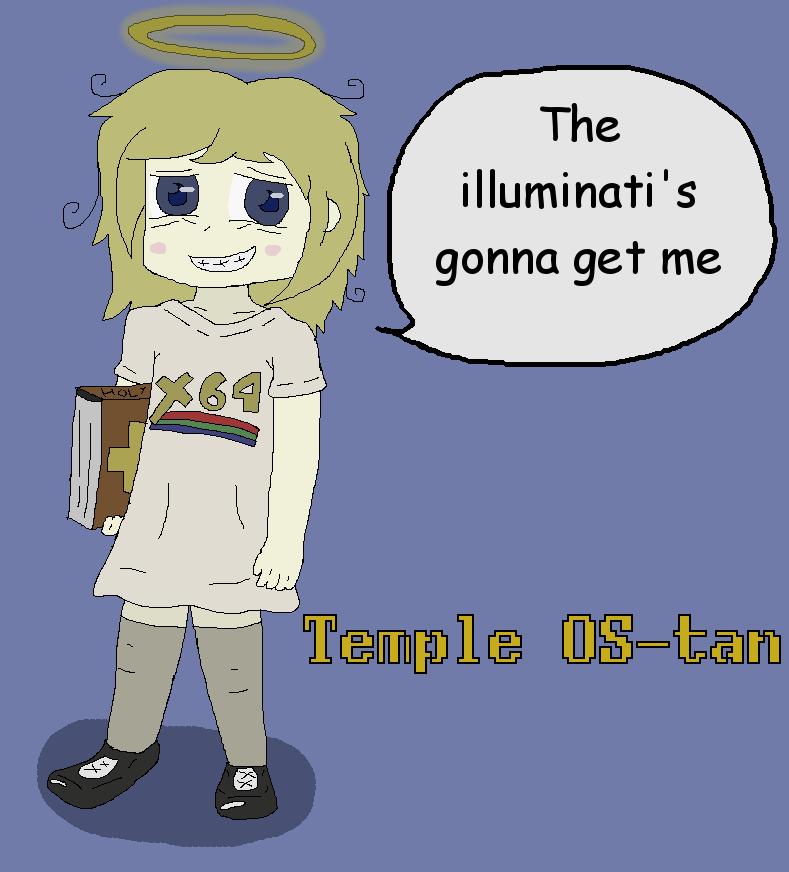